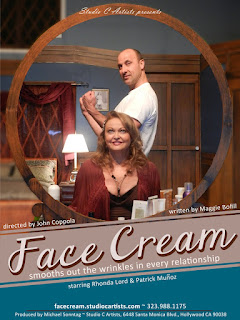 “I ran out of my effing expensive face cream!” jumpstarts this delightful romp now appearing at Studio C Artists, a gay-owned theatre in Hollywood, CA.
You want to laugh about aging? Go see it.
Veteran LA actress, Rhonda Lord delivers a star-turned, multi-level and hilarious performance as her character, Christina is plagued by her insensitive husband, (Patrick Munoz) as well as her ongoing battle with aging. Can you say Diva? Munoz acts as a competent counterpart as his character constantly says the wrong thing.
The play itself reads like an unending argument, but director John Coppola steadily steers this ship through the murky waters of self-esteem and vanity. Coppola’s strong hand leads us to the everlasting power of love as it irons out the wrinkles.
Studio C Artists
6448 Santa Monica Blvd.
Los Angeles, CA 90038
Performances Run Thursday-Sunday
Continues On Alternating Dates Through August 25th 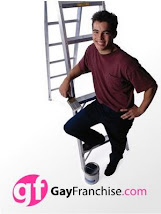